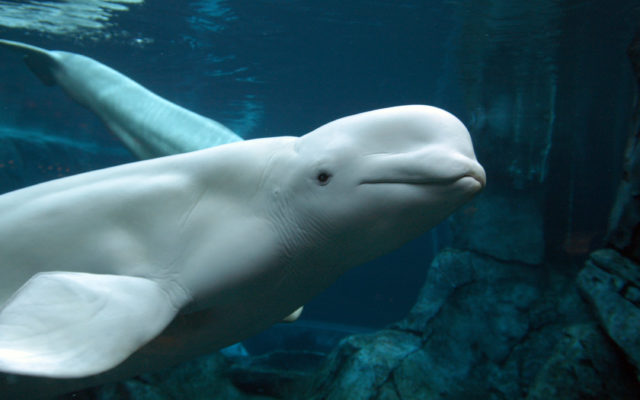 ATLANTA - NOVEMBER 19: One of five Beluga Whales swim in Cold Water Quest exhibit at the Georgia Aquarium November 19, 2005 in Atlanta, Goergia. The Georgia Aquarium, the world'd largest by gallons, 8 million plus, and by the number of fish, 100,000 plus, opens to the public November 23, 2005. Funding for the Georgia Aquarium was made possible by a 200 million dollar gift from Home Depot co-founder Bernie Marcus and his wife Billi through the Marcus Foundation. (Photo by Barry Williams/Getty Images)

I guess we aren’t the only whale that kicks ass.

How cool would it have been if he would have brought a bag of rice to dry that phone out.

Last week it was the Russian military “allegedly” training a Beluga for who know what and now they’re retrieve phones.