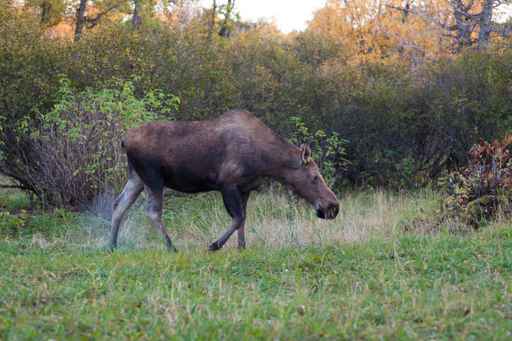 The Alaska Department of Fish and Game is conducting its third year of a survey that uses DNA taken from city moose to estimate moose numbers in the Anchorage Bowl.

When residents report a moose, department personnel drive to the area and collect a DNA sample with a dart.

Reports should include the number of moose, time of sighting, and moose location.