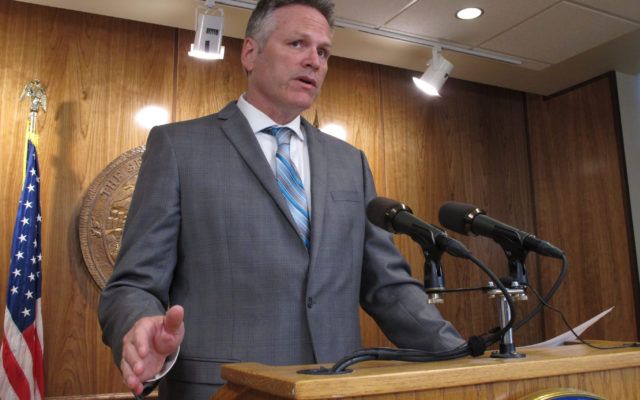 Dunleavy announced Wednesday he’s amending his call for a second special legislative session to change the location from Wasilla to Juneau.

He’s also adding the state construction budget as a topic for business.

Dunleavy says progress is needed and work can’t be done while lawmakers meet in two locations.

Dunleavy originally called for legislators to gather in Wasilla, his hometown. Legislative leaders instead met last week in Juneau and said it was their prerogative to choose the location.

About a third of the 60 lawmakers followed Dunleavy’s order and instead went to Wasilla.

Dunleavy says he’s aware that time is short to capture federal funding for road and other projects.