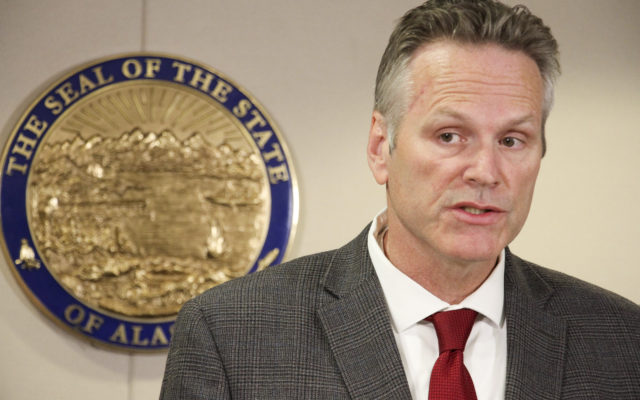 He told the Alaska Federation of Natives gathering in Fairbanks he will work to ensure the process goes more smoothly and says he’ll make “every effort” to incorporate the perspective of “all Alaskans.”

The speech was interrupted by protesting voices, prompting Will Mayo, co-chair of the Alaska Federation of Natives board, to urge those gathered to be respectful.

It’s been a politically turbulent year for the Republican, marked by fights over proposed spending cuts that critics said went too far and the size of check residents should receive from the state’s oil-wealth fund. Less than a year into office, he faces a recall effort.