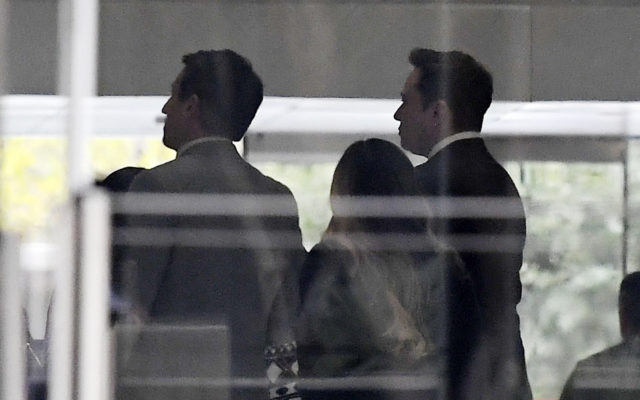 LOS ANGELES (AP) – The Latest on a defamation lawsuit against Elon Musk (all times local):
3:30 p.m.
Elon Musk testified in a defamation lawsuit that he called a British diver a pedophile on social media but was using only figurative speech after the man insulted him.
Vernon Unsworth helped rescue a dozen boys and their soccer coach from a flooded cave in Thailand last year. He had belittled the billionaire’s effort to build a mini-submarine to transport the boys.
On the stand Tuesday in Los Angeles, Musk called Unsworth’s comments unprovoked, “wrong and insulting.” At the time, he said didn’t know Unsworth had been involved in the rescue effort.
The Tesla CEO also denied he was literally accusing Unsworth of a crime by calling him “pedo guy” in a tweet, any more than Unsworth was being literal when he said Musk should stick the submarine “where it hurts.”
—
12:45 p.m.
A lawyer suing Elon Musk says his defamatory tweets falsely branding a British diver as a pedophile ruined what should have been one of the man’s proudest moments.
Attorney Taylor Wilson told jurors Tuesday that Musk’s tweet calling Vernon Unsworth “pedo guy” overshadowed his role in rescuing a dozen boys and their soccer coach from a flooded cave in Thailand.
An attorney for the Tesla CEO says Unsworth started the spat by belittling the billionaire’s efforts to contribute to last year’s rescue by building mini-submarines to transport the boys. The subs were never used.
Musk’s attorney, Alex Spiro, says the lawsuit is over “joking, taunting tweets” in a fight between men.
A jury of five men and three women will weigh the case, which seeks unspecified damages from Musk.
Spiro says Unsworth deserves nothing.
—
11:35 a.m.
Jury selection has begun in the defamation trial against Elon Musk after a British diver sued the Tesla CEO over a tweet he said branded him a pedophile.
Prospective jurors called Tuesday to federal court in Los Angeles were asked questions ranging from whether they had a strong opinion on Musk to whether they drive a Tesla.
The billionaire is expected to be called to testify early in the case. The lawsuit arises from a Twitter spat in which Musk called Vernon Unsworth “pedo guy.”
Unsworth helped rescue a youth soccer team from a flooded cave in Thailand last year. Musk lashed out after Unsworth dismissed Musk’s effort to build a tiny submarine to save the trapped boys.
—
12 a.m.
Tesla CEO Elon Musk and his troublesome tweets are going on trial in a case pitting the billionaire against a British diver he allegedly dubbed a pedophile.
Vernon Unsworth, who helped rescue youth soccer players trapped underwater in a Thailand cave, is taking his defamation case against Musk to jurors Tuesday in Los Angeles federal court.
Musk has apologized for lashing out at Unsworth on Twitter by calling him “pedo guy” after the diver belittled Musk’s efforts to help save the trapped boys.
Musk will be called to testify about the tweet widely interpreted to be a reference to a pedophile.
Musk has also run into problems with regulators and agreed to pay $40 million in a settlement with the Securities and Exchange Commission for Tesla tweets that sent stocks fluctuating.