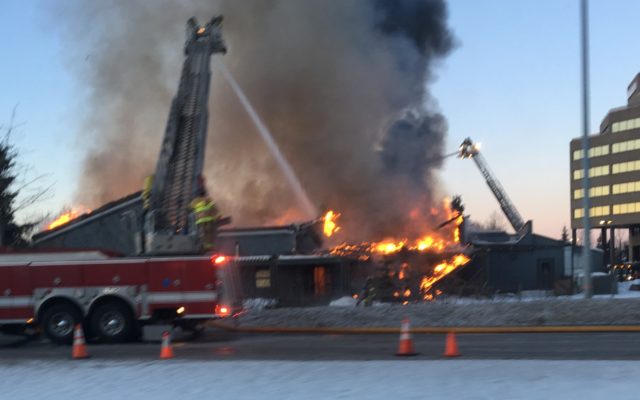 Anchorage Fire Department crews were called out early this (Thursday) morning to the former Sea Galley restaurant after smoke was seen coming from the structure. The blaze was reported around 6:15, and as of 6:30 this morning, 12 apparatus were on scene fighting the blaze, which engulfed the structure. In all, 20 fire trucks arrived to fight the blaze in a building that has been boarded up for awhile, and reportedly was scheduled for demolition. The building’s roof has collapsed, and the fire is expected to burn for most of the day. As of 12:30 this afternoon, firefighters said the blaze was contained but not under control. Fire officials have not yet determined a cause for the fire.