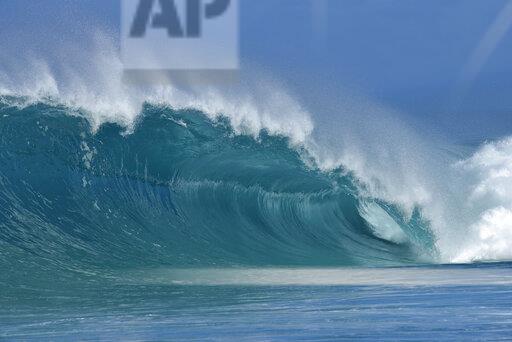 HONOLULU (AP) – A Hawaii man was surfing with his girlfriend when – instead of hanging 10 – he knelt down on one knee on his board and proposed.
Hawaii News Now reported that Lauren Oiye said yes just before Chris Garth dropped the ring in the ocean.
Multiple photographers nearby captured the moment.
Luckily, he had a spare.
Garth said he knew it could go wrong, so he used a stand-in while they were out in the water. The real ring was on shore at Queen’s Beach in Waikiki, where the two met years before.
Details about the rings including the cost were not released.
—
Information from: KHNL-TV, http://www.hawaiinewsnow.com/