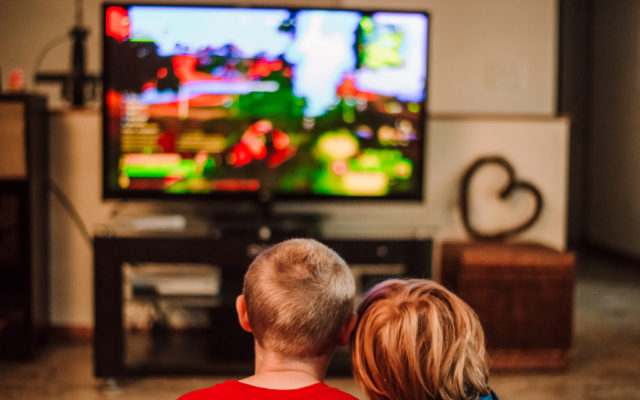 This week was all about keeping the bar low with school.

I’ve been working through most days to take advantage of an extremely small seasonal window for fall portrait photography, which I’ve been doing on the side for friends to make a little extra money. I’m fortunate to be pretty busy with that right now, and I’m trying to finish things as quickly as possible.

That means that school was on the back burner this week. We didn’t completely slack off, but since I’m up early working and ending late in the evening, there’s not much head space for me to work in lesson plans. And I decided that was okay.

The boys (mostly) did their daily writing. I’m glad they are so enthusiastic about Fortnite, because writing about their favorite Fortnite topics makes it seem like less of a chore to them (win). They giggled and goofed off most of the time, but nobody cried about writing this week (win).

Willow is still practicing the letter A. She think’s it’s boring and complains the whole time. Someday we will get through a worksheet, but this week I just didn’t have the time to sit down and help her focus. It’s usually futile anyways, but I know she’ll improve the more she practices.

I didn’t make her practice any more this week though. We only did low key fun stuff that probably qualifies more as playing with your kids than it does teaching them a valuable lesson, but who cares? Nobody is calling me asking me where my kids’ ILPs are right now, and me making some kind of an income is a higher priority at this point for us.

One of our highly educational scientific experiments involved a single-blind study of taste preference (aka the Coke/Pepsi Challenge). We have a tie: two of our kids love Coke and the other two love Pepsi. This will be very useful when choosing restaurants and fast food joints later in their lives. So…win.

Instead of everyone reading separately in their rooms this week – which has always been met with whining, complaints of physical pain, and any excuse imaginable to avoid – the boys read each day together. Tyler read aloud and Connor helped him with any words he was having trouble with. He’s been surprisingly patient helping Tyler with his reading.

Also, we made glitter putty.

It’s actually called “THINKING Putty,” which is absolutely brilliant. After the kids were done making theirs, they each continued to knead it in their hands as a distraction, stress relief, or whatever – but Connor especially seems to use it a lot when he’s fidgety.

It was super easy for the kids too…and not messy at all. They just mashed whatever glittery explosion of colorful putty to the clear putty that came in their tin and mixed it into their own creation. Even the teenager got involved!

Things got a little silly.

Their creations ended up actually being very pretty though!

I needed ways to keep Willow occupied so I could work, and one of the more successful activities was this sticker book my cousin Amanda sent her years ago while Willow and I were waiting for a surgery in Phoenix (thanks Amanda!). She’s used it in the past – but believe me when I tell you that there are an unbelievable variety and amount of stickers in this bag she sent her. We recently rediscovered it after the move, and Willow is all about it.

This has also been very helpful in redirecting her sticker mania – she loves to put them ALL. OVER. EVERYTHING. I still need to scrape them off my dining room chairs and the windows of my car. I don’t know where she even finds the stickers she uses to vandalize the house with. But since these are “special stickers,” they stay in the special book.

We relied a lot on ABC Mouse for supplemental learning this week as well. I don’t even feel bad about it.

In one of my more brilliant ideas, I put the kids to work outside collecting leaves from the yard for a project. They were out there for an hour finding me the perfect leaves – and we need A LOT of them for this project.

The best part was that they only brought me a very small amount, so this mission is a daily thing now. And they’re saving me from having to bend over and pick up leaves myself, or worse – sort through massive piles of leaves and potentially be attacked by one of the prehistoric spiders that seem to dwell in our area.

I’m going to have them sort them by color for me as well. It’s going to take them forever. And they’re going to LOVE it. I’m serious.

Maybe I was lazy with homeschooling this week, but life is a major juggling act lately, and I can only expect so much of myself before reaching mental exhaustion. Which frankly, I really can’t afford right now. I’m already at peak exhaustion level and maximum output. And the increasing numbers of the virus in our area is just poking the bear that is my anxiety.

Maybe they didn’t learn as much as they should have, but they’re loved and fed and cared for and had a fun week. I’ve been productive, and we haven’t completely let things slide with their education.

That’s enough of a win for me right now.