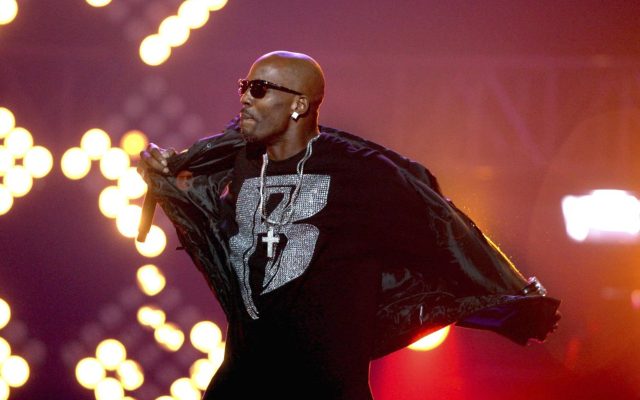 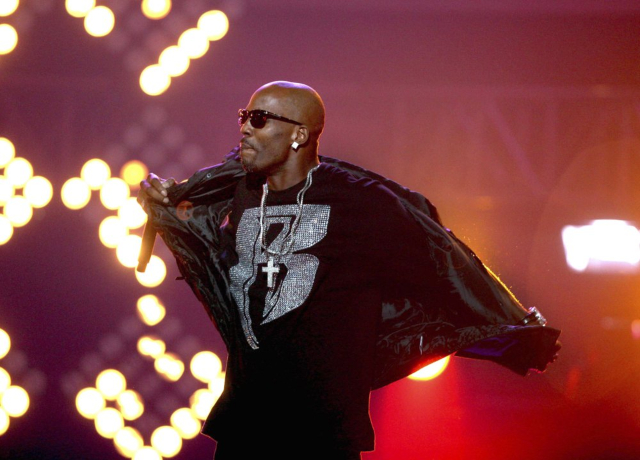 NEW YORK (AP) — DMX, the raspy-voiced hip-hop artist who produced the songs “Ruff Ryders’ Anthem” and “Party Up (Up in Here)” and who rapped with a trademark delivery that was often paired with growls, barks and “What!” as an ad-lib, has died, according to a statement from his family. He was 50.

The Grammy-nominated performer died after suffering “catastrophic cardiac arrest,” according to the hospital in White Plains, New York, where he died. He was rushed there from his home April 2.

A statement from relatives said he died “with his family by his side after being placed on life support for the past few days.”

The rapper, whose real name is Earl Simmons, had struggled with drug addiction since his teenage years. His lawyer, Murray Richman, had earlier said he could not confirm reports that DMX overdosed.

DMX made a splash in rap music in 1998 with his first studio album, “It’s Dark and Hell is Hot,” which debuted No. 1 on the Billboard 200 albums chart. The multiplatinum-selling album was anchored by several hits including “Ruff Ryders’ Anthem,” “Get At Me Dog,” “Stop Being Greedy” and “How It’s Goin’ Down.”

DMX followed up with four straight chart-topping albums including “… And Then There Was X,” “Flesh of My Flesh, Blood of My Blood,” “The Great Depression” and “Grand Champ.” He released seven albums, earned three Grammy nominations and was named favorite rap/hip-hop artist at the 2000 American Music Awards.

DMX arrived on the rap scene around the same time as Jay-Z, Ja Rule and others who dominated the charts and emerged as platinum-selling acts. They were all part of rap crews, too: DMX fronted the Ruff Ryders collective, which helped launch the careers of Grammy winners Eve and Swizz Beatz, and relaunch The Lox, formerly signed to Bad Boy Records. Ruff Ryders had success on the charts and on radio with its “Ryde or Die” compilation albums.

Along with his musical career, DMX paved his way as an actor. He starred in the 1998 film “Belly” and appeared in 2000′s “Romeo Must Die” with Jet Li and Aaliyah. DMX and Aaliyah teamed up for “Come Back in One Piece” on the film’s soundtrack.

The rapper would later open Aaliyah’s tribute music video, “Miss You,” alongside her other friends and collaborators, including Missy Elliott, Lil’ Kim and Queen Latifah, after Aaliyah’s 2001 death in a plane crash at age 22.

But while DMX made his mark as one of hip-hop’s most recognizable names for his rap artistry and as an actor, the rapper was personally stifled by his legal battles — he was repeatedly arrested and jailed within a decade — and drug addiction. His addiction first took hold at age 14 when smoked a marijuana cigarette that was laced with cocaine.

DMX pleaded guilty in 2004 after he posed as an undercover federal agent a nd crashed his SUV through a security gate at New York’s Kennedy Airport. He was arrested in 2008 on drug and animal cruelty charges following an overnight raid on his house in Phoenix. He tried to barricade himself in his bedroom but emerged when a SWAT team entered his home.

In 2010, he was sentenced to a year in prison for violating terms of his probation. After he was admitted to rehab numerous times over the next year, he said he had finally beat his drug addiction.

First responders helped bring DMX back to life after he was found in a hotel parking lot in New York in 2016. The rapper said he suffered from asthma.

A couple years later, DMX was sentenced to a year in prison for tax fraud. Prosecutors said he concocted a multiyear scheme to hide millions of dollars in income from the IRS and get around nearly $2 million in tax liabilities.

After his release, DMX planned a 32-date tour to mark the 20th anniversary of “It’s Dark and Hell is Hot.” But the rapper canceled a series of shows to check himself into a rehab facility in 2019. In an Instagram post, his team said he apologized for the canceled shows and thanked his fans for the continued support.

Besides his legal troubles, DMX took the initiative to help the less fortunate. He gave a group of Philadelphia men advice during a surprise appearance at a homeless support group meeting in 2017, and helped a Maine family with its back-to-school purchases a couple years later.

Last year, DMX faced off against Snoop Dogg in a Verzuz battle, which drew more than 500,000 viewers.

He is survived by his 15 children and mother. 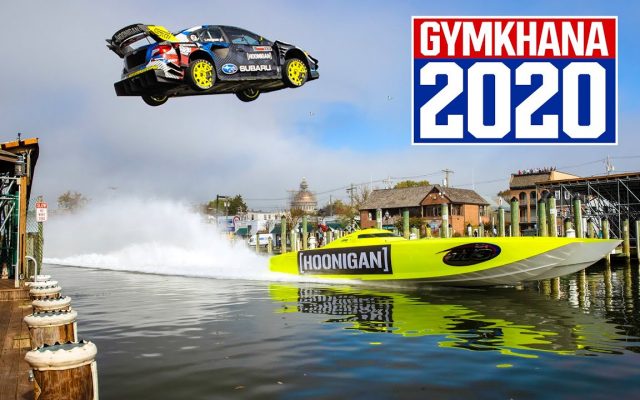 These Rally Drivers Are Amazing! 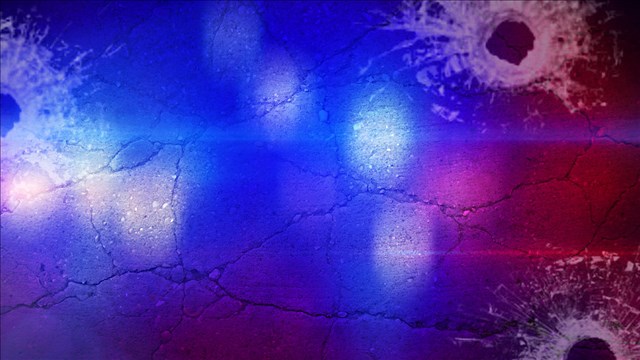 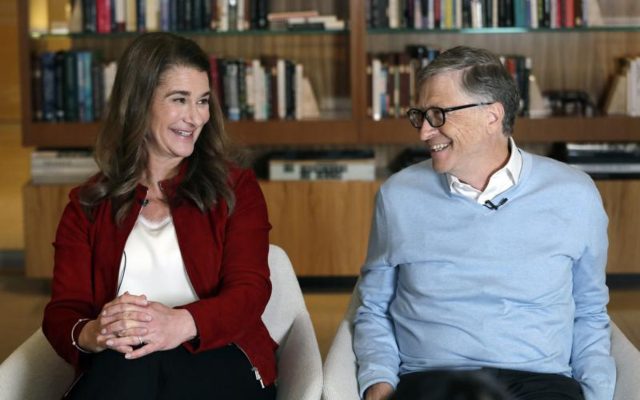 Bill and Melinda Gates Are Divorcing 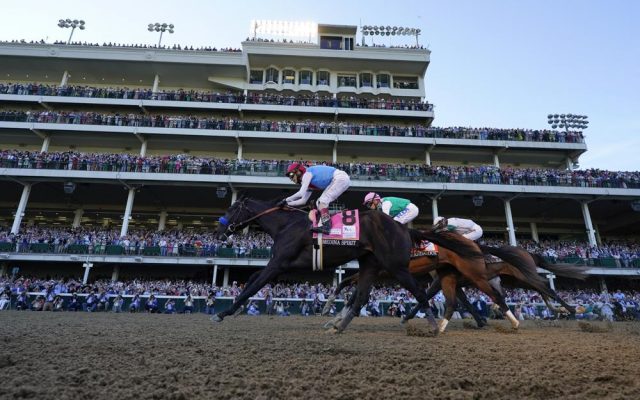 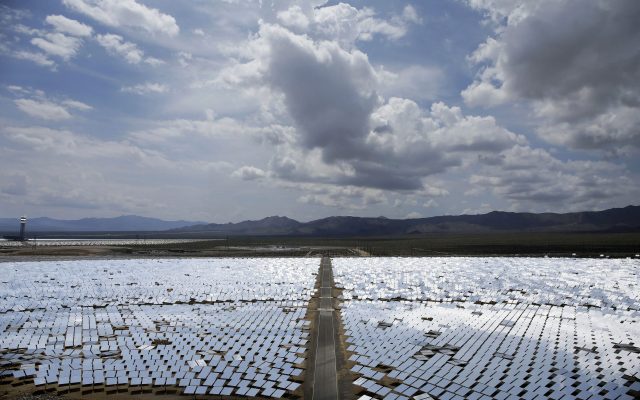 Alaska's Rock!
CONNECT WITH US LISTEN TO US ON