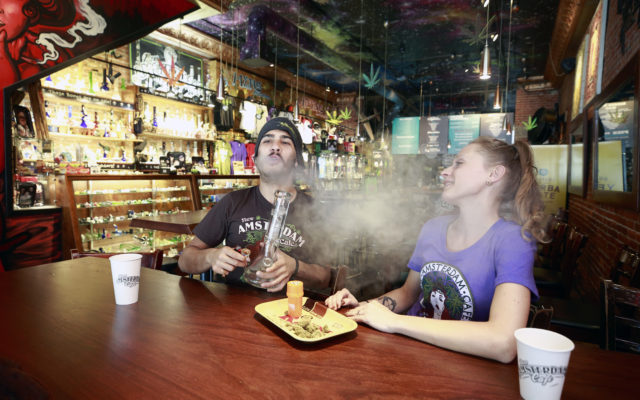 VANCOUVER, BC - JUNE 20: Anna Bolechowska looks on as Rodrigo Acevedo Casino smokes marijuana with a bong at the New Amsterdam Cafe June 20, 2018 in Vancouver, British Columbia, Canada. Canadian Prime Minister Justin Trudeau has announced recreational pot will be legal as of October 17 in Canada. (Photo by Jeff Vinnick/Getty Images)

In 2018 Americans spent between 8 and 10 Billion dollars on legal marijuana, then turned right around to spend 10.8 Billion at Taco Bell. Not surprising since it’s possibly impossible to order only one Cheesy Gordita Crunch.

45 Billion went to Pizza and Gym Memberships took in 28 Billion because we lie to ourselves.