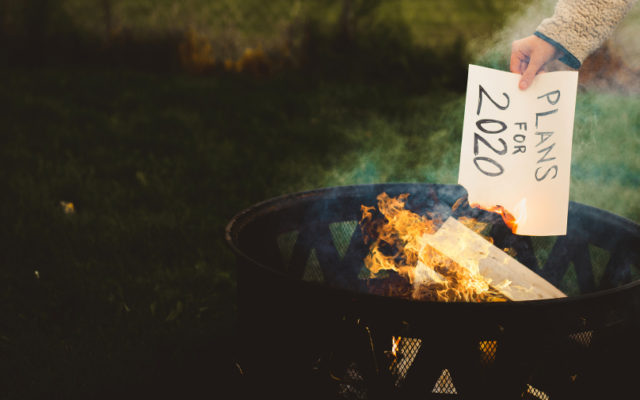 This week was rough.

It’s getting harder and harder for me to drown out everything that’s going on, and my anxiety is through the roof. That doesn’t mean I’m falling apart, but it’s a lot of work to stay present and have a positive attitude for my kids, and I’m exhausted from the effort.

Covid-19 cases increased 56% this past week, and Alaska is now the fifth in the nation for cases per capita according to Dr. Zink, Alaska’s Chief Medical Officer. Alaska Regional Hospital’s CEO stated that the majority of Covid cases they’ve seen have been exposed to people who refuse to wear masks.

I’ve been emotionally spent from the whole politicization of mask-wearing since the pandemic began, and the vocal majority of residents here seem to be against it. I’ve lost friends over it. Not because I wanted to, but because the way they were speaking to and treating people like us was incredibly hurtful, and I couldn’t bear to expose myself to it any longer. Everything feels personal, because it is personal. There’s nothing more personal than protecting your family and loved ones.

It’s terrifying to me that people can twist whatever data they want to further their own agenda, whether it’s right or wrong, and people will believe them if they want to badly enough. This isn’t a matter of opinion, though. This involves human lives and health, including high-risk people like my daughter. The stakes are high, so it’s impossible for me to ignore, or to pretend like things will be fine. They’re getting worse, and there doesn’t seem to be an end in sight.

This election has been another huge source of stress. Everyone is emphasizing how critical it is to get out and vote – and I understand why, and I usually don’t have to agonize over who I’m voting for.

This year is different. I hate talking about politics and politicians, but as a survivor of sexual assault and abuse, I can’t accept either of these candidates. Without going into detail, it’s obvious that neither have respect for women and have abused their positions in the past. Considering that our current President has even bragged about his behavior and “conquests,” it feels demoralizing to have to acknowledge him as our leader. Men like that are so drunk on their own superiority that they have no shame in their actions, and they are so clever at conning people into trusting them. Millions of people are willing to excuse sexual predators because they’re just that charismatic. It’s part of their game. It’s how they keep winning.

Abusers always find their way into positions of power. The really wealthy ones have great PR teams that can even spin it so their offenses are more palatable and disappear from public memory. Hell, some of them are even hailed as national heroes.

Meanwhile, survivors are discredited, mocked, dismissed, and forgotten. It’s impossible to not be affected by it. I’m really struggling with this, to be honest. Like I said, everything feels very personal.

More stress means I’m forgetting so much more lately, and it’s making it impossible to accomplish anything. ADHD already makes it difficult to focus. So many goals and plans I had for my business are suffering. I’m doing my best to adapt the company to our current way of life, but that involves a lot of time and work. There isn’t money to pay for help in all the areas I need assistance in, or to purchase the upgrades needed to really execute the digital side of things more professionally due to the loss of income we’ve experienced.

I’m afraid I’m watching the business I’ve built slowly fade away. It’s not fair. We have no other options. I have to take care of and teach the kids. My husband has to go to his jobs so we have enough stable income and health insurance, which I’m grateful for. But I’m sitting at home day after day, and it feels like I’m watching the gender gap grow in real time, and there’s nothing I can do about it.

There are so many other stressors lately as well; lack of sleep, falling behind in school and work goals, anxious, restless and emotional kids, keeping on top of Willow’s medical needs, fighting with insurance…the list goes on. I always try to be solution-oriented, but after 7 months of this I’m running out of endless optimism and am finding it harder and harder to always see the bright side of things.

I know we have it a lot better than many people do right now. I know I’m doing my best, and that I’ll keep doing my best, and eventually everything will return to some version of normal. I know I won’t feel like this forever, but it’s still hard. I don’t know if I’m waiting for a light at the end of the tunnel, or for a storm to hit.

We didn’t do a ton of organized lessons this week, surprise surprise. There was a lot of reading, art, chores and play, but I didn’t take very many pictures.

Tyler tried to help his dad out by snow blowing the slush off the porch with the leaf blower. It didn’t make much of a dent, but I was proud of him for taking the initiative to do it so his dad could sleep in. He’s a sweet little boy and it warms my heart when he tries to make others happy, because I can tell that he enjoys doing it.

Connor and Tyler built some towers of red Solo cups to knock over one afternoon when they were bored and not allowed on screens. I was annoyed at first because Connor didn’t ask before taking all 100 of them, but after watching him build the tower again and balance each cup, I realized it was actually a great exercise for him. He has severe dysgraphia, and the careful placing of each cup to balance on top of the other forced him to concentrate and control his fine motor skills.

And that’s how red Solo cup towers became the favorite activity of the week.

Once I decided to make it a “Life Skills” week instead of a “Learning from Books” week, it was a little easier. Cooking, cleaning and coping skills were pretty much all that we did. I didn’t put much effort into lesson plans because I’ve just been drained, and there still somehow seems to never be enough time in the day. I don’t know how that is even possible with no real set schedule, nowhere to be on a regular basis, and every day being pretty much the same, but the days just fly by and I wonder what I’ve accomplished.

Hopefully next week is better. I’ll try to snap my happy face back on, because I can tell it’s stressing my husband out to see me struggling. One day at a time, I guess.