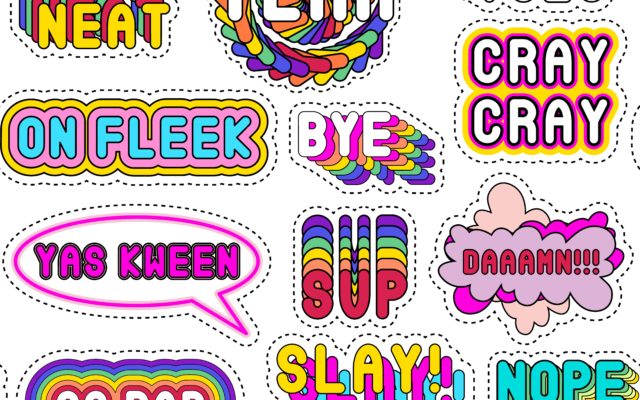 If you ever call your partner “bae” or complain that you’re “hangry” you’re officially using some of America’s most annoying slang, according to new research.

A new study examining the use and knowledge of modern slang by 2,000 Americans found the top 20 slang words that leave the average person irritated.

“GOAT” won the award for the most irksome slang term, with “bae,” “hangry,” “Gucci,” and “ghost” rounding out the top five. Other dishonorable mentions included “stussy,” “TFW,” “totes,” and “clap back.”

The new survey conducted by market researchers at OnePoll found people do think there is a cutoff age on using slang, and apparently Americans are too old to use slang at the age of 43, according to the data. In fact, one in four Americans think people over the age of 25 are already too old to use any form of slang at all.