The Next Five Biopics You May Want To Check Out

With all of the success that Bohemian Rhapsody has had there is now a rush on rock n’ roll biopics. Here are the next 5 you might want to check out.

The plot: Following the outrageous career of the glam-metal brats through years of excess and trouble-making, while they find a place in the hearts of generations of social dropouts.

Background: Based on the band’s controversial memoir of the same name, ‘The Dirt’ aims to present Motley Crue’s rise, fall and rise again amid the rock ’n’ roll carnage that they came to personify. The soundtrack is set to include all-new music, and the band may even stage a live reunion (or at least something Sixx said will prove they’re “outta our minds”) to help promote it.

Comparison to ‘Bohemian Rhapsody’: A similarly long gestation period – 12 years – marred by personnel changes and creative arguments as the band seek to make sure what you see onscreen is what it wants you to see. Could score highly because all four band members are extreme characters in their own right.

The plot: Set in the ‘70s, it’s the story of one man’s rise from being dime-a-dozen songwriter Reginald Dwight to larger-than-life rock icon Elton John, and the challenges he encountered during his “wild ride.”

Background: “Based on a true fantasy,” the movie is part of the summing-up of John’s career as he slowly moves toward winding down, with attention turned to his long collaboration with lyricist Taupin.

Comparison to ‘Bohemian Rhapsody’: Trailers and production photos show how much effort has gone into making Egerton look like John, in order to deliver an authentic feel. While Freddie Mercury was a one-of-a-kind character, John fills a similar profile in die-hard fans’ hearts. It’s directed by Dexter Fletcher, who also worked on ‘Bohemian Rhapsody.’ Also, unlike Rami Malek, Egerton sings lead vocals on his movie’s soundtrack. 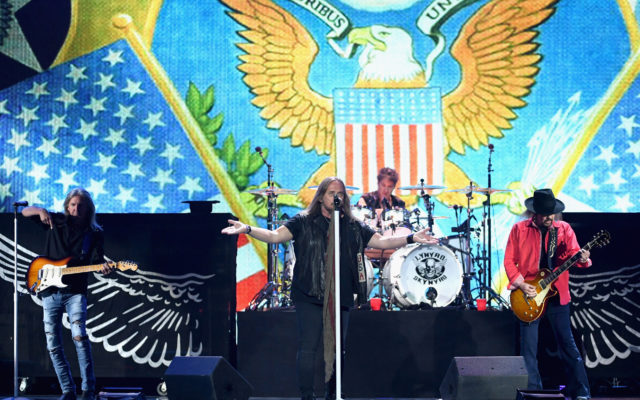 The plot: Subtitled “The True Story of the Lynyrd Skynyrd Plane Crash,” the movie focuses on the 1977 tragedy that killed three members of the band and its aftermath.

Background: Apparently completed in 2017, the movie was the subject of legal action as Rossington and the estates of the three late members sought to prevent then-drummer Pyle’s version of events from being screened. They argued that previous agreements meant Pyle couldn’t make the movie – but the courts disagreed, saying he’s entitled to share his personal memories of the events.

Comparison to ‘Bohemian Rhapsody’: There’s undeniably more life-threatening drama in ‘Street Survivors,’ which lists a team of 12 people in its stunts department. But it’s also effectively an “unauthorized” release, which is therefore unlikely to receive the band’s support when it comes to promotion. It will therefore sink or swim on something akin to its own merits, along with those with a penchant for gory details.

The plot: When Journey took the brave decision of hiring relative unknown Arnel Pineda to become their singer in 2007, their risk paid off with a massive career resurgence. His story is described as “a true fairy tale and triumph of the human spirit.”

Background: ‘Crazy Rich Asians’ director and longtime Journey fan Jon M. Chu was inspired by Pineda’s story to start work on a movie that’s still in its early stages. Backers Warner Bros. have acquired the rights to 2012’s ‘Don’t Stop Believin’: Everyman’s Journey,’ a documentary about the same subject, and are thought to be pursuing permission to use the band’s original songs on the soundtrack.

Comparison to ‘Bohemian Rhapsody’: Unlike the other movies listed here, this isn’t set in the rags-to-riches phase of a band’s career – even though it’s definitely set that phase of Pineda’s career. It’s likely to be a story about reconnecting as the band and fans find a new passion and energy in music and relationships that become re-energized. It’s also the only movie here that focuses on a rise to fame this century, which, set against Journey’s original rise in the ‘70s, offers the potential for a similar-but-different movie experience to ‘Bohemian Rhapsody.’

The plot: A young musician wakes up one morning to discover he’s the only person who remembers the Beatles, and sets about using their catalog to make himself a star.

Background: Written by perennially British rom-com creator Richard Curtis and directed by Danny Boyle, this story appears to take a clever-enough new look at the influence of the Beatles and their music on popular culture.

Comparison to ‘Bohemian Rhapsody’: While every music biopic includes an element of nostalgia, this one takes a significant step toward shamelessness; its success is likely to be based on how funny-but-touching it is. The Beatles, Sheeran, Curtis and Boyle have blockbuster market written all over it – but by that definition, there’s a possibility of it being a throwaway comedy romp with probably a sickly sweet love story swirled in. There’s a chance it’ll turn a comfortable profit before being handed out in DVD form next Christmas, then forgotten.