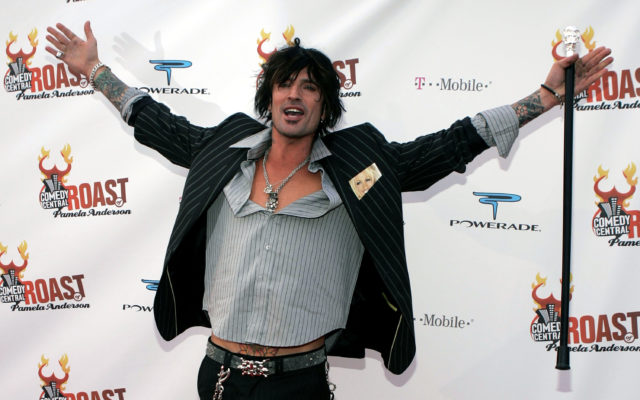 Well if you follow Tommy Lee on social media this may not come as such a big shock to you.

In a video call with Yahoo Entertainment on Friday Tommy Lee said “I would just wake up and be just building a glass with just all vodka and just a little eyedropper of cranberry or lemonade. I was drinking two gallons — not pints, not quarts, but gallons, the big-handles — a day.”

“It wasn’t even phasing me, That’s kind of crazy I just became sort of immune to it and realized, ‘Whoa, this is a lot. Like this isn’t good.’ So, it was time for me to pump the brakes”.

What’s even more amazing that drinking 2 gallons of vodka a day is what his doctor told him once he went and got checked out.

“You know going to get a full checkup with the doctor and stuff, he’s like, ‘Dude, I don’t know what the deal is with you, but your liver is fine. You’re super healthy. Like, what are you made of,” Lee told Yahoo Entertainment. “For most people they’d probably have destroyed a bunch of stuff, but anyway that’s not important. What’s important is I just realized like, ‘Whoa, dude this is – this is, you’re drinking enough to like you could probably die.”https://www.youtube.com/watch?v=FWDjtKQK3a8&feature=emb_title