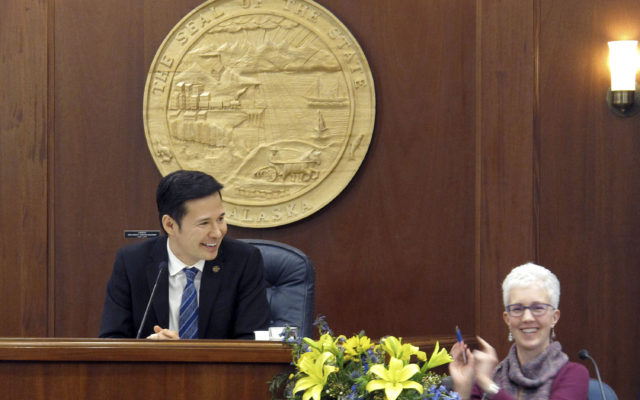 Eds: APNewsNow.
JUNEAU, Alaska (AP) – Alaska lawmakers are preparing for Gov. Mike Dunleavy’s first State of the State speech but the lack of an organized House has thrown a hitch in that.

While the Senate accepted Dunleavy’s request to address a joint session Tuesday to give his speech, the House had yet to do so. The House is limited in what business it can take up until a permanent speaker is elected.

Rep. Dave Talerico, a Republican leader, said there have been discussions on what procedurally needs to happen for the speech to go forward as planned.

Republican Rep. Tammie Wilson says she expects that will be sorted out and looks forward to hearing Dunleavy’s speech Tuesday.

A Dunleavy spokesman didn’t immediately respond to a request for comment.