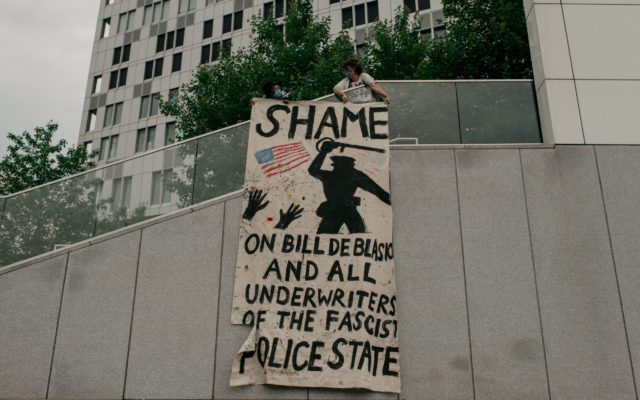 NEW YORK (AP) — New York City lawmakers are holding a high-stakes debate on the city budget as activists demand a $1 billion shift from policing to social services and the city grapples with multibillion-dollar losses because of the coronavirus pandemic. The City Council is due to meet Tuesday, with a midnight deadline to pass a budget ahead of the fiscal year that begins Wednesday. It comes with protesters camped outside City Hall insisting that the city slash $1 billion from the New York Police Department’s budget amid a nationwide campaign to “defund” police. Mayor Bill de Blasio said Monday he had a plan for a $1 billion cut from one of the world’s largest police departments.