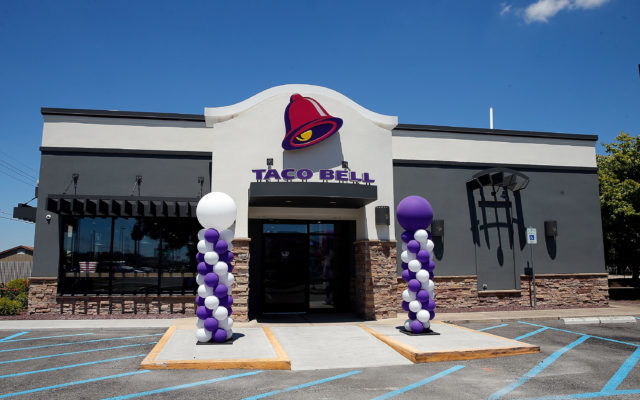 INDIANAPOLIS, IN - JULY 18: Exterior view at Taco Bell Hiring Party on July 18, 2018 in Indianapolis, IN. (Photo by Michael Hickey/Getty Images for Taco Bell)

Hate you job? Looking for a new one? Well, you may want to browse through open positions at Taco Bell.

Taco Bell just announced that they’ll be offering managers a competitive salary of $100,000, according to a press release.

The salary increase is quite the jump from the current general manager salary that ranges between $50,000 and $80,000.

“It’s no secret that Taco Bell marches to the beat of its own drum, and we provide our fans with unexpected experiences year after year,” Mark King, Taco Bell CEO said in the press release.

“As Taco Bell expands its footprint, our responsibility to drive positive impact increases. Our business growth in the last decade has positioned us to create change for good and implement creative solutions for our planet, our people and our food. We’re excited to shake things up and make 2020 even more about what matters most: our purpose,” he added.

But wait, there’s more. Employees who have been with the company for at least 90 days include at least 24 hours of paid sick time per year for all employees.

Previously, only managers were allowed to take paid sick time. Which is kind of crazy if you think about it.

The company also noted it would continue its green initiative of offering vegetarian options in addition to their goal of making all packaging recyclable, compostable or reusable by 2025