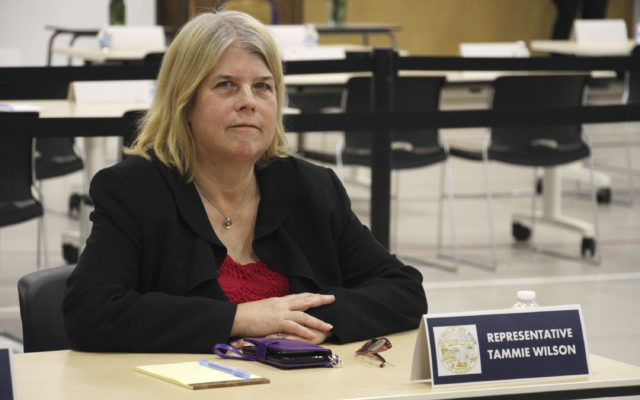 The majority coalition that controls the Alaska House of Representatives has lost a member.

Rep. Tammie Wilson on Thursday departed the majority that organized under Speaker Bryce Edgmon, an independent from Dillingham, which contains both Democrats and Republicans.

Wilson is a North Pole Republican.

She was one of 16 state representatives who on Monday met in Wasilla, where Gov. Mike Dunleavy ordered the special session to be held.

Most lawmakers gathered in Juneau. On Wednesday, Wilson joined colleagues in Juneau and was the only vote in favor of sustaining Dunleavy’s line item budget cuts, which include a 41% reduction of state funding to the University of Alaska.

The Alaska Legislature again failed to override budget vetoes by Gov. Mike Dunleavy as minority members of the Alaska House of Representatives and a handful of state senators were absent.

State lawmakers opposing vetoes say the budget cuts will cripple the University of Alaska and seriously damage the state economy.

About a third of the 60-member legislature was absent or excused on Thursday.

He said they’re ignoring their sworn duty and thwarting his right to argue in favor of an override affecting Ketchikan.

Sen. John Coghill directed an emotional floor speech toward his missing colleagues. He said the people of Alaska need their voices in budget deliberations.

The deadline for overturning vetoes is Friday night.